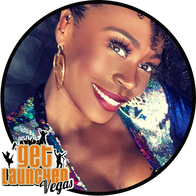 ​A triple threat international artist, professionally performing for over 30+ years across many stages and genres, from Broadway to feature film.  Born and raised in the Washington, D.C/ Maryland area, she began training at Duke Ellington School of the Arts and continued training at the Alvin Ailey American Dance Theatre in NYC as well as New York University.  Soon after, an impressive career was born.  Broadway credits include: Aida, original cast member of both the revival of Sweet Charity w/ Christina Applegate & Oprah Winfrey's, The Color Purple.  National Broadway Tours and Regional shows include: Aida, Fosse, Dreamgirls,  A Chorus Line, and Trip of Love.  Film Credit: I Am Legend, with Will Smith, casted as one of the principle stunt and character actors.  Along with recording and being a lead singer and dancer in her own band, She has appeared and performed along side various artists such as Toni Braxton, Fantasia, and Rob Thomas and is currently performing as a featured background singer with the world renowned KC AND THE SUNSHINE BAND.  Using all that she's experienced and learned throughout the years, Anika has formed a new talent management company with an amazing artist and dear friend, Deidre Lang, called Lang & Ellis Talent Management.  We are so very excited and look forward to sharing our knowledge, expertise, and unforgettable adventures with the new wave of up-coming and gifted young artists of today. 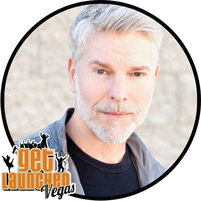 For over 35 years, Douglas has worked as a professional actor, singer, director, writer, and producer. He has starred in numerous shows on Broadway (“Grease!”, “Jersey Boys”), the Las Vegas Strip (“Notre Dame de Paris”, “We Will Rock You”), in L.A. (“Hair”, “Jesus Christ Superstar” with Jack Black), and on stages around the world. He has amassed numerous film and television credits, is an award-winning director, produced playwright
and book writer, and a published poet. His company, Douglas Crawford Creative Development (D.C.C.D.), has been the driving force in the creation, development, and launching of new works in all mediums for many individual artists as well as full-scale premiere productions. 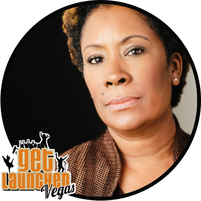 ​Deidre Lang, originally from New Jersey, has had an extensive career performing on Broadway and TV.  Her Broadway credits include Ragtime, The Lion King, and Tommy. National Tours include Hairspray, The Lion King, Tommy, School of Rock and The Australian tour of Smokey Joe's Cafe. She appeared here in Las Vegas in The Lion King at Mandalay Bay and Rock of Ages at the Venetian. TV Credits include performing on Fox TV's In Living Color as an original "Flygirl". Deidre was and is excited to start a partnership with her great friend Anika Ellis Mungin and help young artists reach  their dreams and goals to become working actors and performers! 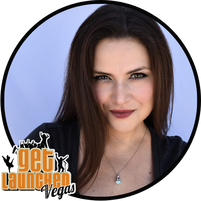 Gret an East Coast import living in Las Vegas. For the last 20 years, she has worked in all facets of live performance and production, as a singer/actor (favorites roles on the Las Vegas Strip include Tina in Tony N’ Tina’s Wedding, Carol in 50 Shades The Parody, Sister Mary Amnesia in Nunsense, and Susan in Company), and also as a director, musical director, and stage manager. Her most recent position backstage was on the North American tour of Cirque du Soleil’s VOLTA, where she was a backstage manager. Gret is the Artistic Director and co-founder of a non-profit (501c3), completely virtual theatre company called Virtual Arts. Their mission is to connect artists and audiences globally to realize the full potential of online productions by developing works of hope, humor, and humanity. They are entering their third full season of entirely virtually produced live theatrical programming, and have built a large company of actors, technicians, and playwrights hailing from Ireland to Hawaii. She produces, arranges, and sings mezzo-soprano for the vocal jazz trio Dangerous Curves, and has become a sought-after studio, background, and harmony singer. She is also a vocal and theatrical coach for various arts organizations and schools around the Las Vegas Valley. 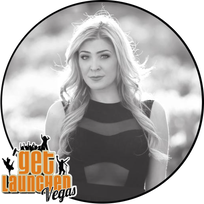 Originally from Wichita, Kansas, Krystal’s professional singing career in Las Vegas has spanned over a decade. She has fronted several bands covering multiple genres at almost every casino on the Las Vegas Strip, been a cast member of the long running show Legends in Concert and has toured the country with multiple acts. Covering everything from Patsy Cline and Amy Winehouse to Chris Stapleton and Adele, her versatility enables her to perform in many aspects of the entertainment industry. You can catch her as the resident National Anthem singer for UNLV Hockey as well as several locations around town, including La Casa Cigar Lounge, The Ridge, Joe’s Place and Mondays Dark. ​ 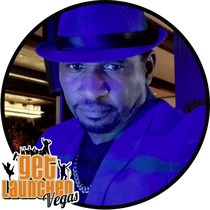 Local Las Vegas musician Herbert Woods singer/song writer/producer uses his virtuoso vocal abilities, talented keyboard chops, and friendly stage presence to instantly engage audiences performing a wide variety of songs spanning multiple decades and musical genres. With over 30 yrs. in the Entertainment Business Professionally & at the Local level from the big stage to small stage he still feels right home. Whether teasing every ounce of expression from his piano in an intimate solo performance or bringing people to the dance floor with his dynamic full band, Herbert Woods transfixes listeners with his soaring vocals and smooth energy. R&B, Hip Hop, Pop, Soul & A little Country Music He's always Ready to Rock the House!!! 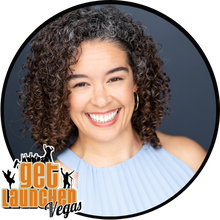 Ilana Atkins - Mentor
​
lana is a Las Vegas raised pianist. She began her journey as a music director at the Las Vegas Academy at 14 years old and never looked back. She has worked as a conductor/MD all over the country from California to New York, from Chicago to Austin. Most recently, she was seen conducting on Broadway at Mrs. Doutbfire as the Associate Music Director. Before the COVID-19 shutdown, she was playing on the 1st National Broadway tour of Once On This Island.  Her most satisfying productions as of late have been Once On This Island, The Hunchback of Notre Dame, The 25thAnnual Putnam County Spelling Bee, and Ragtime. She has her Bachelors of Music in Musical Theatre Accompanying and her Masters of Music in Musical Theatre Conducting with an emphasis in Vocal Pedagogy. 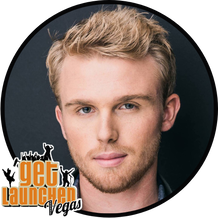 Ian Ward is an actor, singer/songwriter and producer best known for his starring role as Drew in “Rock of Ages Hollywood”. Born in San Diego, Ian performs regularly in Las Vegas, Los Angeles and NYC! Ward writes and produces his own music, playing in a couple of his own bands around the country! Ian was recently seen on Broadway in the cast of "Gettin' the Band Back Together"! He has also been seen starring in “BAZ” at the Palazzo Las Vegas, in the role of Romeo from the Baz Luhrmann film “Romeo + Juliet.” Other theater credits include the “Radio City Music Hall Christmas Spectacular” and leading roles in productions of “Rock of Ages,” “Spring Awakening,” “Ragtime,” “Urinetown,” “Seussical the Musical” and “American Idiot.” Television credits include a role on the hit series “Veronica Mars” and the Lifetime movie “Secret Crush.” Ward also writes and releases original music. His songs are a combination of different genres ranging from Alternative Rock to Electronic Pop with some Hip-Hop and R&B influence. The works are a culmination of songs Ward wrote during the past six years. Lyrically and musically his songs follow his growth, insight and experiences as he has moved around the country. As an added component, the music features instruments influenced by the style and inspiration of the songs. A Spanish nylon string guitar and trumpets to reflect the Cuban influence of Miami; and a distorted surf guitar and driving drum creates the feel of summer days at the beach in San Diego. 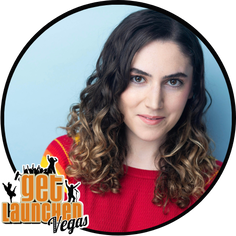 Natalia Vivino is a bicoastal singer, actress and writer, having most recently performed as the Elphaba Standby in the 2nd National Tour of Wicked.In the summer of 2009, Natalia relocated from her hometown in New York state to Southern California with her family, where she pursued musical theater and vocal music at Santa Susana High School for the performing arts. During her junior year of high school, Natalia won the Jerry Herman Award for Best Actress at the Pantages Theater for her portrayal of Patrice in 13, The Musical. That summer, Natalia competed in the National High School Musical Theatre Awards (the Jimmy’s), performing at the Minskoff Theater on Broadway.
​
After graduating high school, Natalia continued to perform in various theatrical productions including The Addams Family, Children of Eden (for which she received an Ovation Award nomination), All Shook Up, and Newsies (to name a few). Natalia also competed in LA’s Next Great Stage Star in 2017, in which she placed among the top three finalists. Aside from performing on stage, Natalia has also brought her talents to the recording studio. She has sung on various demo recordings, and has even had original songs of hers played on the Syfy TV series Killjoys, Australia’s Offspring, and various UFC promo trailers. In 2019, she released a debut album with her two sisters, Donna and Antonia, called D.N.A. She also recently performed with her sisters for the first time at 54 Below in New York City.

Natalia is thrilled to have the chance to make a meaningful impact on future artists here at Positively Arts, and is looking forward to being a mentor! 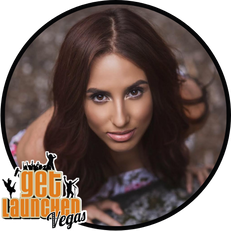 Noybel Gorgoy - Mentor
​
Born and raised in Pinar Del Río, Cuba and now an American Citizen residing in Las Vegas. Noybel Gorgoy is a gifted artist, musician, and singer-songwriter; whose musical style blends her Cuban and Classical roots with many other musical influences. Noybel’s performances have been seen throughout the world.  She has been featured alongside Havana Night Show, YAO Las Vegas, Clint Holmes, Paul Shaffer and Santa Fe and the Fat City Horns, just to name a few.   Noybel recently appeared on the second season of “I Can See Your Voice” on FOX TV. 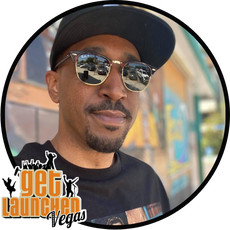 Robert better known by his stage name Definite Mass, is an American West Coast producer and rapper from Los Angeles, California. He is best known for his solo album Evolution which is a fusion of samples and live instrumentation. He is the forefront member of the California-based collective, Manifest Recordings. He is recognized for his collaborations with KRS One, Planet Asia, Ab Soul, Ras Kass, Abstract Rude, Aloe Blacc, and Blu. He has published songs with Warner Bros, and his music is international with strong following in the regions of Russia and Poland. 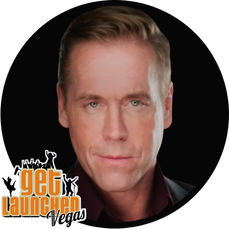 Timothy Warmen is an actor, known for Law & Order: Criminal Intent (2001), The Who's Tommy, and the Amazing Journey (1993).  Stage performances include Spider-Man: Turn Off the Dark; Tommy; The Happy Time; Me and Juliet; Jesus Christ Superstar; Redhead; Side Show; Steel Pier; Wonderful Town; The Who's Tommy; Chess; The Golden Apple; and Lyres.
Support Us