Broadway director, producer, and actor, Douglas Crawford, will be teaching a one-of-a-kind, Positively Arts acting and singing class titled "OPEN." This 6-week course will explore what it means to be "open" as a performer, and provide exercises and instruction to help students achieve this goal and reach their greatest potential, both on and off of the stage.

Classes will be held from 2:30 pm to 4:30pm each Sunday beginning September 19th. Please note that the first class will be held at 6565 Spencer St, Suite 100, Las Vegas NV 89119, with the remaining classes to be held at Show Creators Studios (4455 W Sunset Rd).  The cost for the 6-week class will be $150. Payment plans and tuition assistance are available upon request.
Registrations are now open!
Register for OPEN

About OPEN with Douglas Crawford

In a now-famous letter from one legendary choreographer to another, Martha Graham stressed to Agnes De Mille the necessity for all artists "to keep the channel OPEN." What was she referring to and how can artists achieve that? Join Douglas for his first Positively Arts class and explore what it means to be "open" as a performer.

"Open" - meaning accessible and more prepared to deal with the unexpected.

"Open" - understanding that constructive criticism and direction are meant for improving a performance and should never be taken as defeat or invalidation.

"Open" - as in opening your heart and your throat so that one's emotions and voice are free of any constrictions that can limit or weaken a performance.

"Open" - as in "open for business" when the preparation is so well-conceived that, when the opportunity comes, the hardest work has been done and the potential for success has been maximized.

"Open" - when you've learned to trust your instincts and showcase the qualities that are uniquely your own.

It's time to "OPEN" those floodgates and allow your creativity, originality, personality, spirit, and joy to soar unencumbered by any blocks or closures that may be holding you back.

Whether it’s an "open audition" or an "opening night," Douglas will "open the door" to help you discover how to be the best version of "you" you can be! 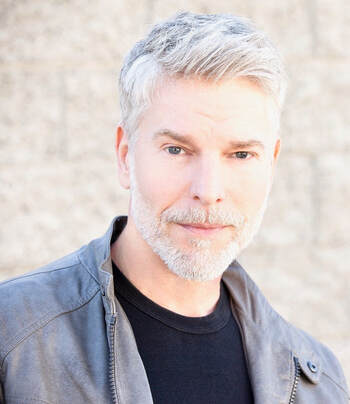 ​For nearly 35 years, Douglas Crawford has been working as a professional actor, singer, director, writer, and producer. Douglas was born in Columbus, Ohio and grew up in Tulsa, Oklahoma. He received scholarships to attend the distinguished Meadows School of the Arts at Southern Methodist University, where he earned a B.F.A. in Theater (Acting Track) studying under the world-renowned acting professor, Dale Moffitt. Douglas made his Broadway debut playing "Kenickie" (starring opposite Brooke Shields, Sutton Foster, and Sheena Easton, to name a few) in Tommy Tune's enormously successful revival of GREASE! (after originating the role on the show's First National Tour). He was an original cast member of the award-winning First National Tour of JERSEY BOYS and went on to become the first male actor to appear in four U.S. companies of the show (ultimately performing eight different roles in the touring Broadway, Chicago, and Las Vegas companies). His work in the Vegas production earned him three Broadway World Award nominations for “Best Performance By A Featured Actor In A Musical” and won him the award in 2013. In addition, he has represented JERSEY BOYS internationally at high-profile events in Singapore, Montreal, and The Bahamas. Previously in Las Vegas, Douglas originated roles in the English Premiere Company of the blockbuster French musical, NOTRE DAME de PARIS, and remains the only male American actor to ever perform two leading roles in the show ("Quasimodo" and “Phoebus”). He was hand-picked by Executive Producer, Robert DeNiro, and Brian May and Roger Taylor (founding members of the legendary rock band and “Rock & Roll Hall Of Fame” inductees, QUEEN), to originate the leading role of “Pop” in the North American Premiere Company of their international smash-hit musical, WE WILL ROCK YOU, at the Paris, Las Vegas. Regional theater credits include leading roles in MARILYN - THE NEW MUSICAL; For The Record’s THE BRAT PACK; TOMMY (with Alice Ripley); JESUS CHRIST SUPERSTAR (playing "Peter" alongside Ted Neeley, Ben Vereen, Yvonne Elliman, and Jack Black); CHESS; JEKYLL & HYDE; THE THREEPENNY OPERA; INTO THE WOODS; CITY OF ANGELS; and ROMEO & JULIET. He received an L.A. Robby Award "Best Actor" nomination for his portrayal of "Claude" in Michael Butler's 30th Anniversary L.A. Revival of HAIR, and won for his performance in the Rubicon Theatre's production of LIES & LEGENDS: THE MUSICAL STORIES OF HARRY CHAPIN. In 2010, Douglas starred in SHINE - A BURLESQUE MUSICAL as part of the International Fringe Festival in New York City. Douglas has appeared in concerts around the world and was honored to sing on the all-star QUEEN tribute CD, KILLER QUEEN (released on Hollywood Records). Film and television credits include BORN ON THE FOURTH OF JULY (starring Tome Cruise and written and directed by Oliver Stone); AMERICA’S GOT TALENT; THE IN-BETWEEN; AHMET; Aaron Spelling’s NBC daytime soap opera, SUNSET BEACH; LINCS; CITY GUYS; VH-1’s BEHIND THE MUSIC; TRIBECA (with Philip Bosco and Kevin Spacey); and numerous appearances on THE TONIGHT SHOW WITH JAY LENO and THE TONY AWARDS. As a director, he’s helmed award-winning productions of ‘NIGHT MOTHER, LITTLE SHOP OF HORRORS, and HAIR. Douglas is the co-author/co-creator (with “Vintage Trouble” frontman, Ty Taylor, and Broadway veteran, Jason Wooten) of the original rock-musical, THE EXISTENTS, which world-premiered in Hollywood the summer of 2010 to both critical and commercial success. One of the songs from their score, “Stone Cold Sober”, was recorded by Eden Espinosa on her debut CD, LOOK AROUND, and received the 2014 “Independent Music Award” for “Song Of The Year”. Douglas is, currently, developing his original one-man show, WOULDN’T IT BE GOOD, with uber-producer, Tanzer, while two of his other rock musicals, THE LOST & FOUND and CONSPIRACY, are being developed for major productions to be announced soon. Douglas takes great pride in his ongoing efforts to teach and work with younger performers as a guest instructor through various workshops, masterclasses, and competitions. He currently lives in Las Vegas with his wife, Emma, and their tiny long-haired chihuahua, Shandie.
Support Us